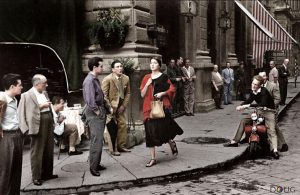 1 thought on “American Girl in Italy”