1975 saw the crumbling of the country of South Vietnam under the final North Vietnamese push to unite the two countries under Communist rule. Under the January 1973 Paris peace accords, America agreed to a near-total withdrawal of US forces in early 1973. The only Americans left in Saigon in 1975 were some private contractors and government officials there to back up the South Vietnamese government. However, a number of spectacular defeats of the South Vietnamese forces in central Vietnam led to a total rout of the South Vietnamese army. As Northern forces closed in on Saigon thousands rushed to escape the communists. Since the airport was vulnerable to communist forces the Americans initiated Operation Frequent Wind a helicopter evacuation of Saigon. This picture, on top of the CIA building, is a shot of one of those evacuations.

Huber Van Es a dutch press agent was working at the UPI office which was in the penthouse of Saigon’s Peninsula Hotel. He was processing pictures from earlier in the day, shots of the evacuation of Foreign personal from Saigon. The “secret” code that was to signal the start of the evacuation was a quote on Armed Forces Radio: the comment that the temperature is rising, followed by eight bars of White Christmas. (Japanese journalists were concerned that they would not recognize the tune and had to get someone to sing it to them). The code was compromised and Van Es had a number of chaotic shots of Marines trying to keep crowds of Vietnamese at bay while only allowing foreigners on the evacuation buses.
Around 2:30 in the afternoon one of the journalists started shouting that there was a helicopter on the roof of another building. Van Es quickly ran to the penthouse balcony and observed that around four blocks away there was indeed a helicopter on a place called the ‘Pittman Apartments’. It was well known that the CIA and its officers lived there and it was revealed that several weeks earlier the roof had been reinforced with steel plates so that it could take the weight of a helicopter. Van Es recalls what happened next:

..I grabbed my camera and the longest lens left in the office — it was only 300 millimetres, but it would have to do — and dashed to the balcony. Looking at the Pittman Apartments, I could see 20 or 30 people on the roof, climbing the ladder to an Air America Huey helicopter. At the top of the ladder stood an American in civilian clothes, pulling people up and shoving them inside.
Of course, there was no possibility that all the people on the roof could get into the helicopter, and it took off with 12 or 14 onboard. (The recommended maximum for that model was eight.) Those left on the roof waited for hours, hoping for more helicopters to arrive, to no avail.
After shooting about 10 frames, I went back to the darkroom to process the film and get a print ready for the regular 5 p.m. transmission to Tokyo from Saigon’s telegraph office. In those days, pictures were transmitted via radio signals, which at the receiving end were translated back into an image. A 5-inch-by-7-inch black-and-white print with a short caption took 12 minutes to send.

North Vietnamese artillery shells and rockets had been pounding the Tan Son Nhut airport forcing it to shut down for a time on April 28. The next day a U.S. C-130 transport was hit by a rocket on the runway and burst into flames as the crew escaped. When the airport at Tan Son Nhut was deemed unsafe by the man in charge of American personal, Graham Martin the U.S. ambassador in Saigon, advised President Ford to start Operation Frequent Wind. At 10:45 p.m. April 29, the President ordered Operation Frequent Wind to commence. During the operation, some 6,236 passengers were removed to the safety of American ships offshore, despite severe harassing fire. To some, however, it seemed that the DAO area and the evacuation process itself were deliberately spared by the North Vietnamese.
On April 29 and 30, 662 US military airlift flights took place between Saigon and ships 80 miles away. Ten Air Force HH/CH-53s flew 82 missions, while 61 Marine Corps CH-46s and CH-53s flew 556 sorties. There were 325 support aircraft sorties by Marine, Navy, and USAF aircraft. Air America, the CIA private “mercenary” airline, joined in, even though having flown 1,000 sorties in the previous month. 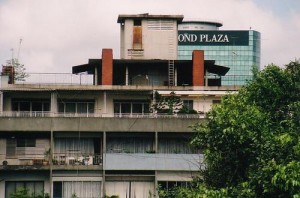 On April 30, 4:58 a.m. a CH-46 helicopter, call sign “Lady Ace 09,” flown by Capt. Jerry Berry transported ambassador Martin from the embassy roof to the waiting US fleet. All that was left in the embassy was a group of Marines left to provide security for Martin’s take-off. Due to a miscommunication, it was assumed that the marines left on this flight. It wasn’t until the Ambassador had landed on the USS Okinawa that the mistake was discovered. Almost three hours after ambassador Martin’s helicopter lifted off, at 7:53 a.m., the last flight of Operation Frequent Wind took the Marine personnel who had been defending the embassy to the waiting USS Okinawa. They abandoned around 300 South Vietnamese in the embassy and hundreds more outside the embassy who had been promised a way out.