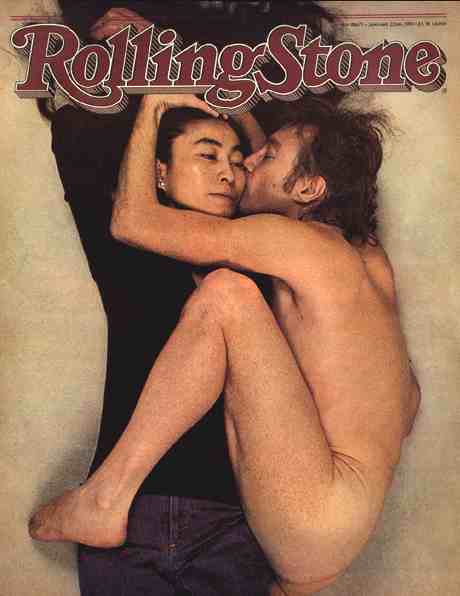 The cover of Rolling Stones Edition 335 (January 22, 1981) was the famous shot of a naked John Lennon clinging to a fully clothed Yoko Ono. It was taken just hours before John was killed by crazed fan Mark Chapman. In 2005 Yoko and Lennon’s cover of Rolling Stone was voted the best cover by a panel of magazine editors who reviewed the best covers in the past four decades. 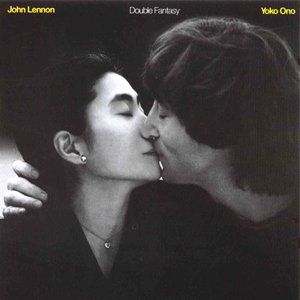 The morning of Dec 8, 1980, Annie Leibovitz visited the New York apartment of John Lennon and Yoko Ono to do a photo shoot for Rolling Stones. Annie originally tried to just get a shot of Lennon without Yoko but Lennon insisted that she be on the cover too. Annie recalled that “nobody wanted her on the cover”. She then thought of trying to recreate the kissing scene from his album cover, Double Fantasy an image that moved Annie Leibovitz very much.

“What is interesting is she said she’d take her top off and I said, ‘Leave everything on’ — not really preconceiving the picture at all. Then he curled up next to her and it was very, very strong. You couldn’t help but feel that she was cold and he looked like he was clinging on to her. I shot some test Polaroids first,” Leibovitz wrote a month later in Rolling Stone, “and when I showed them to John and Yoko, John said, ‘You’ve captured our relationship exactly’. I looked him in the eye and we shook on it.”
Later that day Mark Chapman shot John as he was walking from his limo into his apartment.

Doctors at the hospital worked frantically to stabilize Lennon but he had lost too much blood and was pronounced dead.  Yoko Ono asked the hospital to keep it a secret so that Ono could tell their son before he saw it on the news but an ABC reporter just happened to be in the hospital for an injury and scooped the story.

When Annie Leibovitz heard that he had been shot she rushed to the hospital. She photographed the doctor announcing John’s death at the hospital. 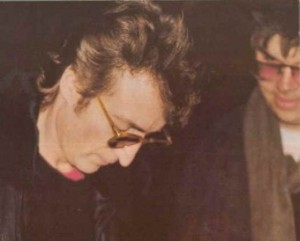 The last photo of Lennon taken with Chapman in the background. By Paul Goresh

Leibovitz was one of six children, and was a “military brat”; her father was a lieutenant colonel in the Air Force, and family moved frequently when she was young. Leibovitz was influenced by her mother, a modern dance instructor.
In high school, she became interested in various artistic endeavours, and wrote and played music. She attended the San Francisco Art Institute. She became interested in photography after taking pictures on a trip to visit her family, who was then based in the Philippines. For several years, she continued to develop her photography skills while she worked various jobs, including a stint on a kibbutz in Israel for several months in 1969.
When Leibovitz returned to America in 1970, she became involved with Rolling Stone magazine, which had just launched a short time before. In 1973, publisher Jann Wenner named Leibovitz chief photographer of the magazine, and she remained with the magazine until 1983.
This photo is often quoted as being the last picture of John but the very, very last photograph was a snap taken by a fan, Paul Goresh, who happened to be standing outside the Dakota building at that moment when John agreed to sign an album for another fan, Mark Chapman, who turned out to be his assassin.