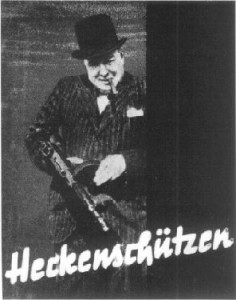 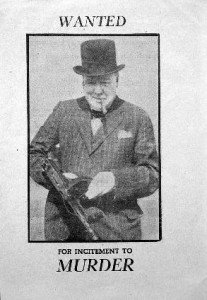 As noted in what has been called the most famous portrait in history the Canadian, Churchill Portrait, Churchill was born on 30 November 1874 into a famous English aristocratic family, the Spencer-Churchills. He spent much of his childhood at boarding schools where he had little if any contact with his parents. He went onto the Royal Military College in Sandhurst and graduated eighth out of a class of 150 in December 1894. 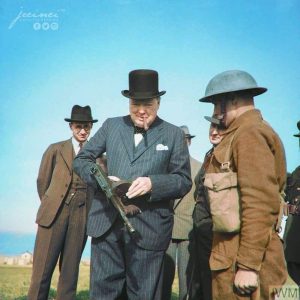 As an officer in the British Army, he fought in a number of colonial wars where he showed courage on the front lines. In 1900 he started his political career and spent much of the rest of his life in British politics. In the run-up to the second world war, he fiercely opposed the British Prime Minister, Neville Chamberlain’s appeasement of Hitler. When Chamberlain was forced out of office Churchill, then the First Lord of the Admiralty was chosen as a successor on May 10, 1940. During the difficult war years, Churchill is credited with having to give the United Kingdom the strength to fight on against the Axis onslaught. This defiance is captured perfectly in the Tommy Gun picture.
Although not the same gun as in the picture, in the World War II London Underground Headquarters, now a museum, there is a display of a similar Tommy Gun that Churchill planned to use if the Nazis came to London. If they had successfully invaded he is quoted as planning to: 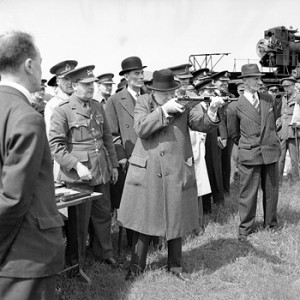