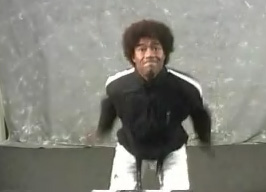 National Geographic did a show called Fight Science that explored how the designs and techniques of weaponry can exponentially increase an already fearsome fighter’s impact, control, and range. Mike Hicks was one of the fighting “experts” that showcased their skills in the show.